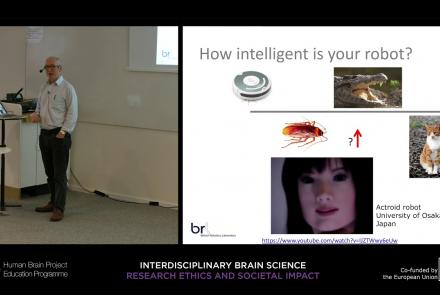 Press headlines frequently refer to robots that think like humans, or even have feelings, but is there any basis of truth in such headlines, or are they simply sensationalist hype? Computer scientist EW Dijkstra famously wrote, “the question of whether machines can think is about as relevant as the question of whether submarines can swim”, but the question of robot thought is one that cannot so easily be dismissed. In this talk I will attempt to answer the question “how intelligent are present day intelligent robots?” and describe efforts to design robots that are not only more intelligent but also have a sense of self. But if we should be successful in designing such robots, would they think like animals, or even humans? And what are the realistic prospects for future (sentient) robots as smart as humans?